When Your Partner Has Chronic Pain: Deane and Angie’s Love Story

Written by Erin Kirwan for Advanced Pain Management and Rehab

More often than not, we see two sets of people at our pain management offices.  We see our patients whom we treat, and, we see their caregivers – quite often, their spouses. They are couples affected by chronic pain. Couples, who vowed to love and care for one another in sickness and in health until death do them part.

One such couple is Deane and Angie Mcinturff. 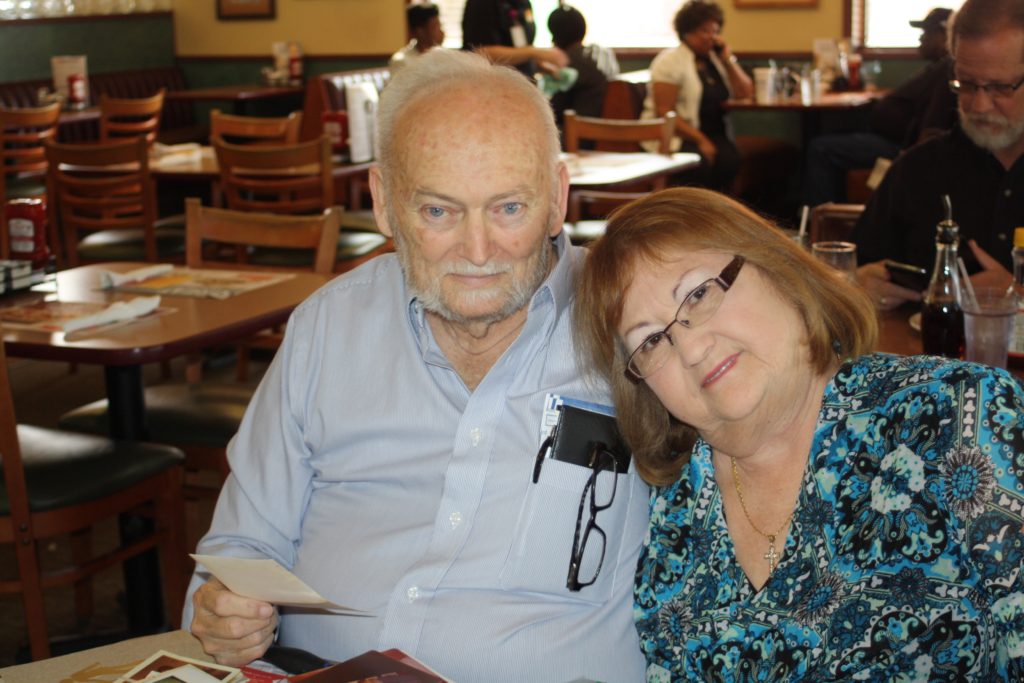 I met Deane and Angie on a Saturday afternoon at a local Denny’s.  I arrived to find the pair seated side by side in a small restaurant booth. They had agreed to meet with me to talk a little about what it is really like to care day in and day out for a loved one who suffers from chronic pain.

I looked at this couple sitting across from me. I noticed how their elbows gently rested upon on another as they both ate salads dressed with Thousand Island, how Deane’s cane leaned against the outside of the booth, how next to Angie sat a suitcase-like travel bag filled she told me with her husband’s many medications, and how on the table in front of them lay a Ziplock bag marked “Angie and Deane”. 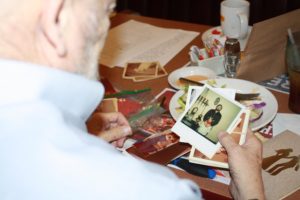 The bag was full of photographs, many of them black and white, and dating back to 1967, the year they married.

“It was our first date,” said Deane.

Angie laughed and looked at me across the table with a jovial eye. “Now how’s that for a first date?”

Not only is Angie and Deane’s story one of true love, but, it is also a story laced with pain – decades of debilitating, chronic pain. However, Before Angie and Deane would reveal to me their life – joy and pains – caring for a parter with chronic pain, they insisted on telling me the story of how they met.

It was December, 1966, Angie began.  Deane, 20 years old and in the Army, had just returned to San Antonio from Germany.  One night, he decided to go to a basketball game at East Central High School.  That’s the night he first saw Angie.  She was walking in the school’s parking lot.  Deane said he walked right up to Angie and said hello.

Angie could still tell me what Deane was wearing that night some 50 years ago.

“He had on a light blue shirt and Levis.  And those blue eyes.  Oh, he had the most gorgeous blue eyes,” beamed Angie.

Angie was only 17 at the time.  Far too young to date she said.  So, for weeks, Deane would hang out around the school and catch Angie here and there whenever he could.  Then, one day, Deane decided he would drive out into the country where Angie lived.  Little did he know, Angie’s father was also driving home that day.

“Her father saw me and began to chase me,” said Deane.  “He was in his car.  I was in mine. It went on for miles.  It ended with Angie’s father driving me clear off the road and into a string of mailboxes!”

Despite the crash and what you would think would be one bruised ego, Deane still decided to head to Angie’s home. That same day, Deane would ask Angie’s father if he could date his daughter.

But it didn’t matter.  Deane said he was determined to get Angie to go out with  him. So much so that Deane told Angie’s father that he would have to allow his daughter see him, because, the two were getting married.  Married! Wide-eyed and probably in shock, Angie told me that it took more than a few seconds for her to say something.  Anything. But when her father asked her if this was in fact true … Angie answered a resounding ‘yes’.

Three months to the day that Deane first said hello to Angie in that high school parking lot, they had their first official date – at the Justice of Peace. 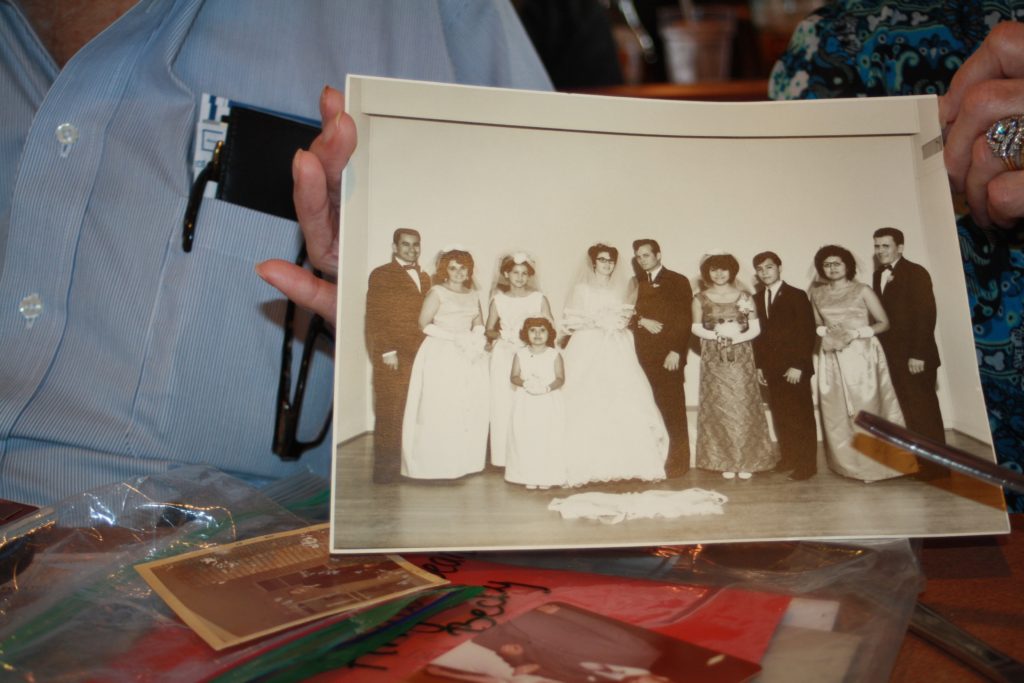 A few weeks later, surrounded by their family and friends, Angie and Dean Mcinturff  vowed to love one another for richer and for poorer and in sickness and in health, as long as they both shall live.

As I sat in Denny’s listening intently to Deane and Angie’s every word, I could not help but smile.  It was apparent how much they truly loved one another.  I could also see, however, that their journey together hadn’t always been easy. Few journeys rarely ever are, when you think about it.  Angie told me that she had almost lost Deane, twice.  And, that doctors had only given him until December of last year to live.

Chronic heart failure and other health problems plagued Deane and his bride for years.  Among them, chronic back pain resulting from a back injury some twenty years ago.  And this was not just any pain.  Deane described his chronic pain to me as excruciating and intense at times – a 14 on a scale of one to ten.

“It’s hard, because when you’re in pain you are so so angry,” Deane told me.

Deane remembers lashing out at his beloved Angie only to apologize after.

“It has not been easy,” Angie admitted.  She said in addition to sometimes being Deane’s sounding board when he’s in pain, Angie is also his full time caregiver.   She keeps track of all his medications and takes him to each and every one of his doctor appointments.

“I wait on him hand and foot,” said Angie.

But she’s not bitter.  Despite how hard it has been at times caring for Deane, Angie said she has learned to love unconditionally.  And just as Angie cares for Deane, Deane also cares for Angie, as she too suffers from bouts with chronic pain. They take turns.   As a result, Angie and Deane both have learned a lot about what it takes to really care for someone with chronic pain.

The couple had these five pieces of wisdom to offer other couples who also may be partnered with pain:

There are also national and local support groups for caregivers of those with chronic pain.  A few such groups are the National Family Caregivers Association, South Texas Veterans Health System, and Caregiver SOS.

For Angie and Deane, caring for a partner with chronic pain has become routine.  It is all they have known for a very long time.  Despite the suffering that chronic pain can bring, Deane and Angie decided a lot time ago that they would not allow it to define who they are as a couple nor change their feelings for one another.  Has it gotten in the way sometimes? Of course. But as they flipped through pictures of the years they’ve spent together, the couple told me they are reminded that true love is unconditional.  It is patient.  It is kind.  And, as Deane so wonderfully reminded me in just our few hours spent together at Denny’s, it helps when you look at your spouse at 50 years together as you did the very first time you met. 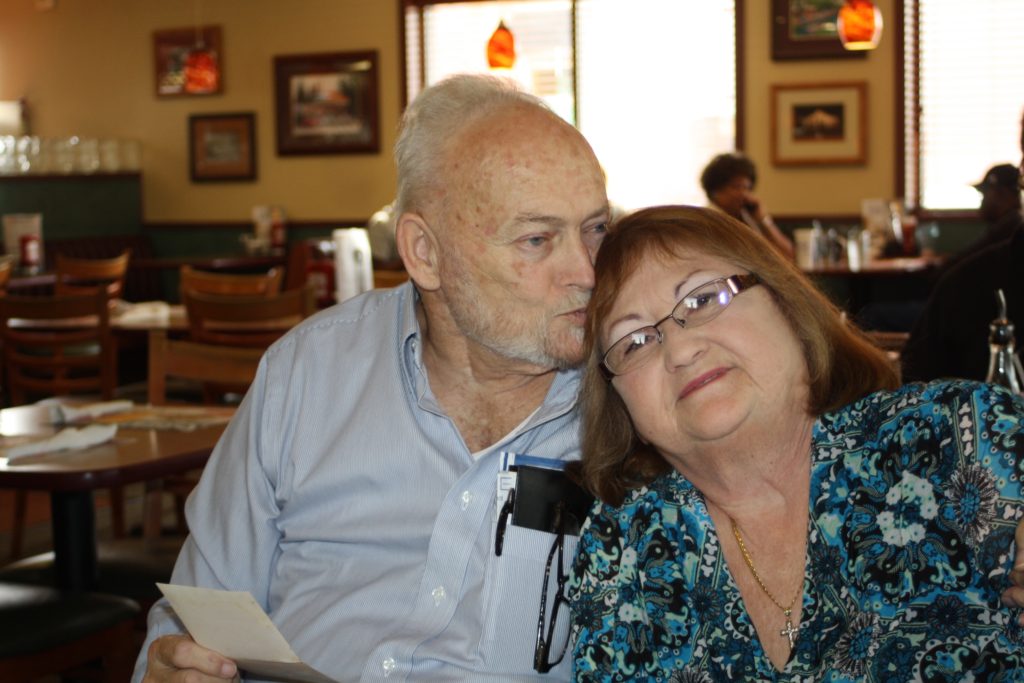 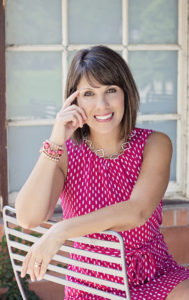 Erin Kirwan is a former broadcast journalist and owner of Savvy Media.  She goes behind the scenes to share news, information, and patient stories for Advanced Pain Management.